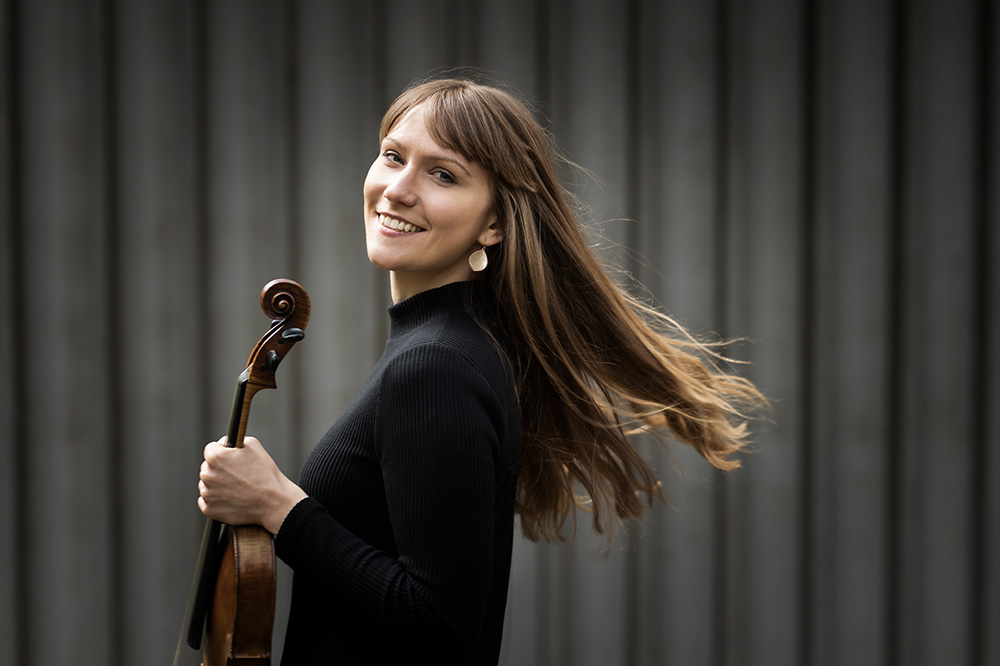 Rosalind Ventris is a leading advocate of the viola and performs as a soloist and chamber musician internationally. Her career was launched as a prizewinner of the Tertis Competition aged 17. As a soloist, she has appeared at the Bozar, Royal Festival Hall, Wigmore Hall, Slovak Philharmonic and the Concertgebouw, and has performed concertos with orchestras such as l’Orchestre Royal de Chambre de Wallonie and the Belgian National Orchestra. This season she will be performing Mozart’s Sinfonia Concertante with the Oxford Philharmonic Orchestra and recording a lesser-known Concertante by Adalbert Gyrowetz with the London Mozart Players. She has collaborated with Mitsuko Uchida at Marlboro Festival, the Arcanto Quartett at the Beethovenhaus in Bonn, Gerhard Schultz at the Salzburg Festival, Tabea Zimmermann at the Wigmore Hall, and Annalien Van Wauwe and Barry Douglas at the West Cork Music Festival. She recently recorded her first solo album of twentieth- and twenty-first-century works written by women for Delphian Records, which will be release this summer. She has been performing music from this album over the current season: this tour will include a concert at the Dublin International Chamber Music Festival in June 2022. She regularly works with the Kaleidoscope Chamber Collective, with whom she performed at the Wigmore Hall’s 2021120th anniversary celebrations. Kaleidosope released their debut album on Chandos Records in May 2021 and this disc has recently been nominated for a 2022 BBC Music Magazine Chamber Award. The Collective will feature in the National Concert Hall’s International Concert Series later this year. Alongside Franco-British flautist Matthew Featherstone and Irish harpist Anneke Hodnett, Rosalind is also the violist of flute, viola and harp ensemble Trio Anima, who have recently recorded an album of laments by Bax, Dowland and contemporary Welsh music for Tŷ Cerdd. As a former founder member of the Albion Quartet, she played on the premiere recordings of Richard Blackford’s Kalon for string quartet and string orchestra with the Czech Philharmonic Orchestra and Jirí Rožen for Signum Records (The Sunday Times Best Recordings of 2019). Rosalind has played alongside composers Garth Knox and Sally Beamish in performances of their works in the UK in Ireland. A dedicated teacher, Rosalind previously taught at the Royal Irish Academy of Music, before taking up the role of Director of Musical Performance at Performance Studies at the University of Oxford and a teaching position at the Guidlhall School of Music & Drama in October 2021. Rosalind read Music at Cambridge University and studied with David Takeno at the Guildhall School of Music and Drama. She is the Artistic Director of the Cowbridge Festival in Wales. 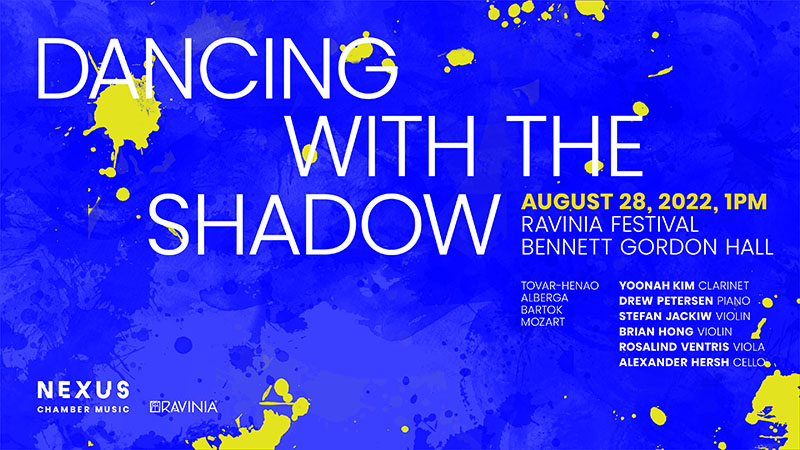 Dancing With the Shadow